A GATEWAY TO NEW MUSIC 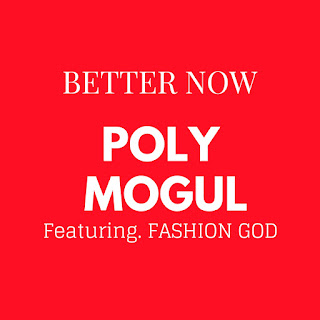 Released in 2018, Poly Mogul’s “Better Now” has stood the test of time as it is still exciting and relevant.

From running an Independent Record Label to producing hits, Poly Mogul is doing it all.

an uplifting song about life being better now than it was before. This optimism is not only portrayed

by the lyrics but also the horn line that accompanies Fashion God’s powerful and raspy vocals.

The song is danceable with a trap drum beat that juxtaposes the melody. With a Jamaican approach

in the lyricism and great use of repetition, the song can cause an earworm that will have one singing

the song all day.

“Better Now” by Poly Mogul feat. Fashion God is out on all platform now. Poly Mogul Independent Record Label is based in England and was founded in 2015.